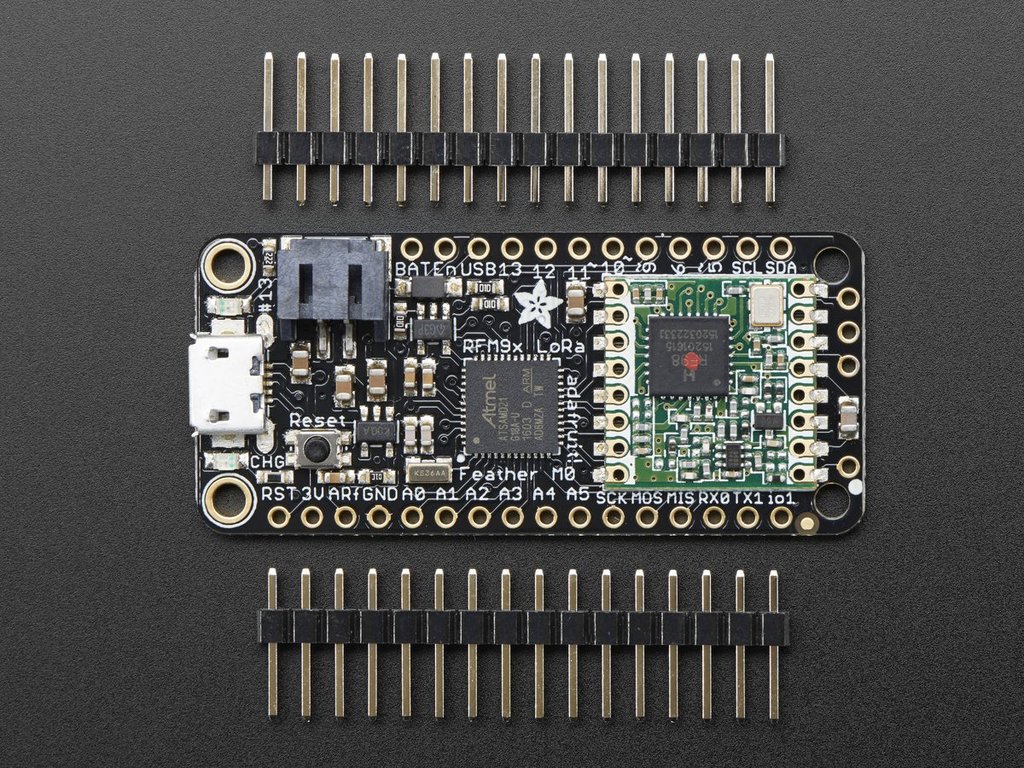 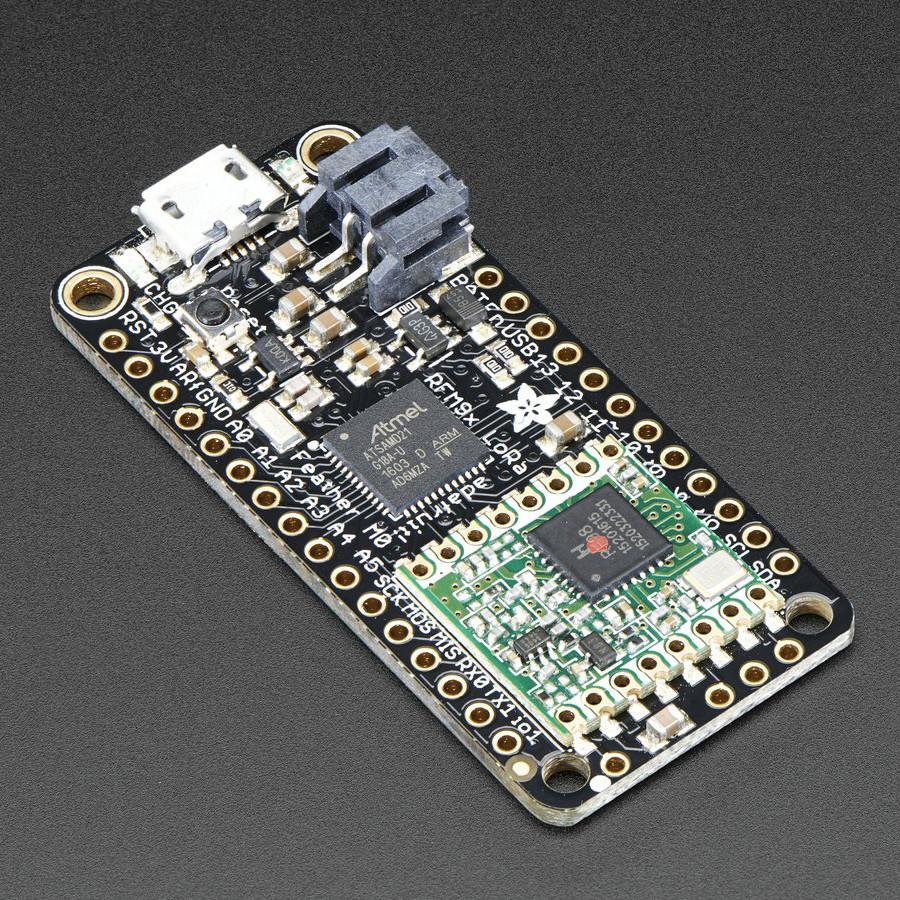 This is the Adafruit Feather M0 RFM96 LoRa Radio (433 MHz) - Adafruits take on a microcontroller with a "Long Range (LoRa)" packet radio transceiver with built in USB and battery charging.